#Longdom_Conferences wishes all its #Speakers and #Delegates a very Happy New Year 2020!! We expect the same support and cooperation from you for the upcoming year to make our events successful once again.
at January 01, 2020 No comments:

Longdom proffers our immense pleasure and honor in extending you a warm invitation to attend  Green Chemistry 2019. It is focusing on ‘Impelled catalysis and Awareness on Chemical Transformation and Chemistry’ to enhance and explore knowledge among Chemistry Departments and to establish corporations and exchanging ideas. Providing the right stage to present stimulating Keynote talks, Plenary sessions, Discussion Panels, B2B Meetings, Poster symposia, Video Presentations, and Workshops.
Longdom takes immense pleasure in inviting all the participants from across the globe to attend Conference on “Advances in Catalysis and Green Chemistry” which will be held during November 18-19 at Rome, Italy. This comprises of proficient keynote presentations, verbal speeches, productive poster presentations and exhibitions providing insights to the importance and efficiency of Green chemistry and catalysis. The main theme of the conference is “Impelled catalysis on Chemical Transformation and Chemistry”.

Conference Highlights
at June 17, 2019 No comments: 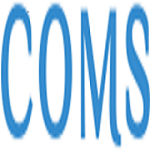